The coming week will see a much more relaxed pace than the last two, at least after the first two days. I’ll be entering the famous lake district, so I’ll take the time to enjoy it. 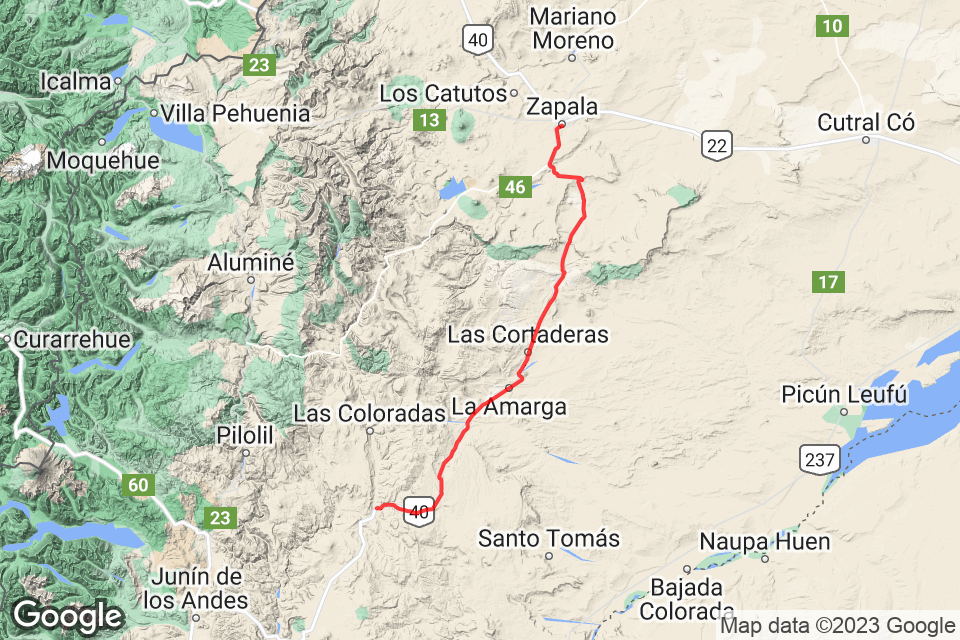 On Saturday the ride started very nice, with the best bike path I’ve seen so far running along Ruta 40. The only problems were the almost impossible fences at the railway crossing and that it suddenly ended near the airport without properly connecting back to the road.

I was rested today, the bike was working great and the route felt much easier than before. There were some climbs, but they were mostly small and pretty easy. The landscape is different from the section before Zapala. Gone are the dramatic mountains and instead I’m riding on wide open plains or through slowly rolling valleys.

At some point on a descent I looked down at my bike computer and saw I was 40 km into the ride, which was good. I also saw that the time was 11:11 and today is Saturday 11-11. So suddenly I found myself riding a bike down a hill in the Argentinian desert, singing “Sjiengeleboem” (side note: This recording has different lyrics than we usually hear, probably closer to the original). Don’t worry guys, I’ll join you in January.

At 65 km there was a little shop selling a small selection of food like empanadas and hamburguesas. Obviously I stopped to get half a dozen empanadas for lunch. This was quite a pleasant surprise, since it wasn’t on my map, nor had any other cyclists mentioned it online.

In the afternoon all the little climbs and a few larger ones started adding up and so the riding did get harder, especially combined with the heat and the wind that had started up. Today there were also many caravans and some people with boats headed toward the lake district.

At about 110 km I finished the last climb of the day and rolled down a winding and green valley to an abandoned store/fuel station where I’ll spend the night. The rough surface and a brisk headwind kept me from descending too fast.

I set up my tent inside the building. There is some traffic here. People use it as a rest stop, wait to be picked up or just enter or leave the Ruta Provincial. Most of them don’t seem to notice my presence, though I’m not completely hidden from the road. In the evening a group showed up which I think was testing their car on the parking lot. They were hanging out right in front of the building, but still didn’t see me. 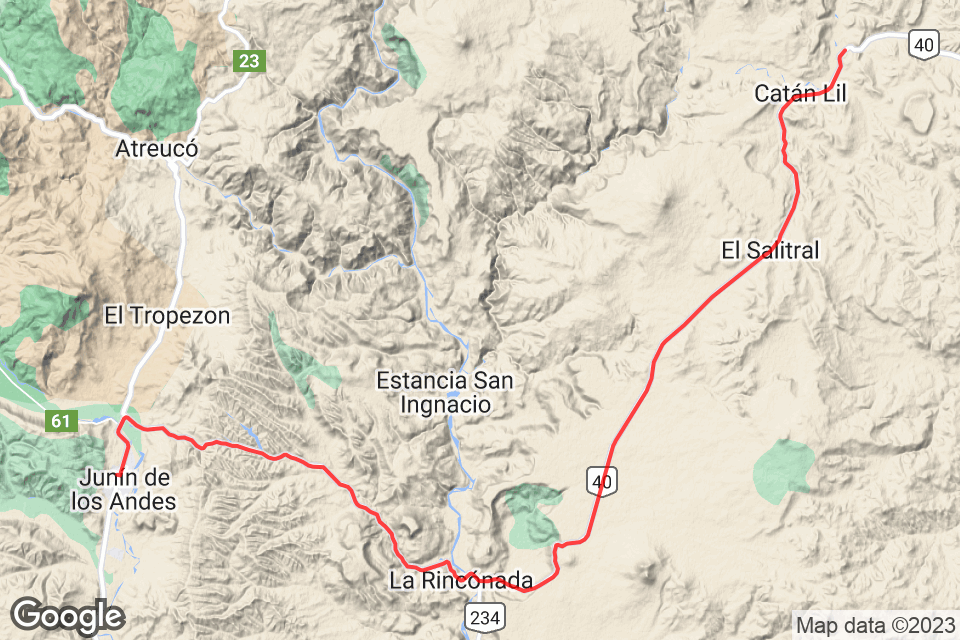 Sunday’s ride was like the end of Saturday. I was riding through green valleys, climbing and descending two larger hills. They were surprisingly easy climbs, considering their height, but maybe the new scenery helped take my thoughts off the climbing. I entered Junín de los Andes shortly after noon.

Junín is on the bank of a river and it has a nice promenade along the river. Many people were hanging out there, sunbathing, enjoying the view or jamming and dancing with their percussion band. The river is flowing fast and the bridge ends on a little island that is mostly flooded at the moment. The football pitches on the other side are completely unreachable. Maybe other times of year are different. 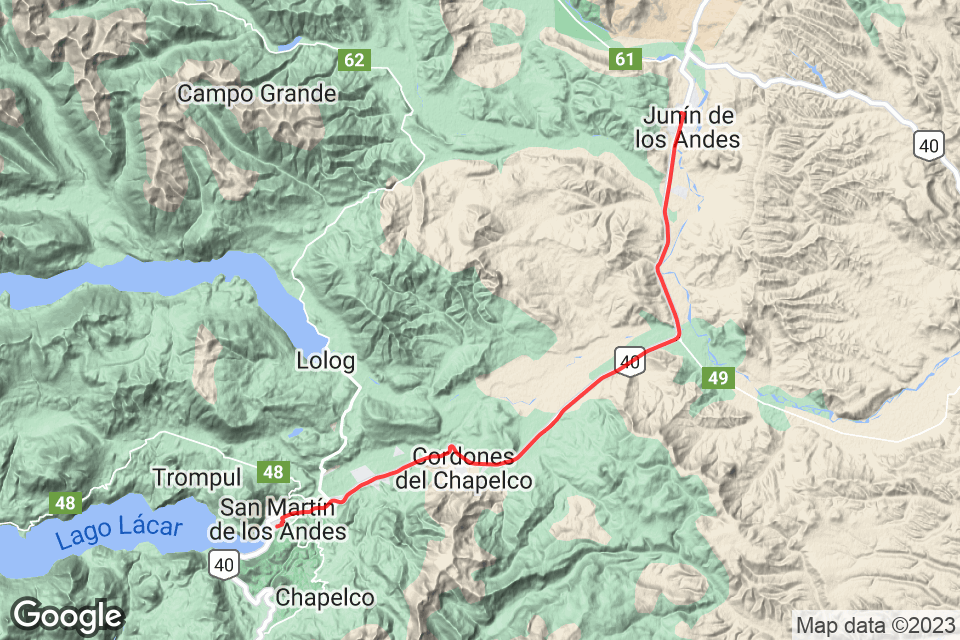 Monday’s ride was a quick and easy one. Within 2 hours I had completed the 42 kilometers to San Martín de los Andes. There was a little climb followed by a very nice descent to the city. The surroundings were even more beautiful than yesterday, with many trees and some flowering plants lining the road. The only downside was the amount of traffic on the road.

San Martín is a very touristy town with many places to stay and I soon found a family renting out the top floor of their house. I was here well before siesta, so I first took my clothes to a laundry place, since there wasn’t one in Zapala. Then I explored the town. The mountains, forests and lakes are reminiscent of the Alps and thus the architecture is also trying to imitate a Swiss town. In winter this is a major ski resort. In this time of year people can explore the region on foot, by bike or on the water. The whole lake district is a national park, both here and on the Chilean side and the little bit I’ve seen of it suggests that the title is well deserved.

San Martín is on a little corner of Lago Lácar, with most of it hidden from view. The next part of Ruta 40 is named Camino de los Siete Lagos, so there’s more waiting for me around the corner. People who counted them say there are actually eight lakes, but I guess seven sounds more poetic. I just hope the weather stays nice for the next few days. Now it’s great, with sun and almost 25 degrees, but the predictions are mixed. Some even talk about snow.

One Reply to “I’ve been through the desert… Zapala – S.M. de los Andes”