I need to take it easy for a few days so I can get used to the altitude before starting to cycle at 4000+ meters on the Altiplano. Thus I stayed in and around La Paz from early Wednesday morning until Sunday morning.

On Wednesday I went on a guided tour of the city, where I learned a lot about La Paz and Bolivia in general. After the tour I was tired, since I hadn’t slept much in the last few days, and so I retired to my room early. This would be a recurring theme on these days. Probably a combination of jetlag, the thin air and the different food.

On Thursday I started by getting a Bolivian SIM card and some other supplies and then went to El Alto to visit the huge market there. You can get basically anything there, including whole streets full of car parts, clothing, food and much more. The ride up on the Teleférico offered very impressive sights of La Paz and the surrounding mountains. Unfortunately I didn’t bring my camera, because the market is known to have pickpockets and other thieves, although I didn’t experience any of this. Anyway, here are some pictures of La Paz I took on the cable car with my phone. 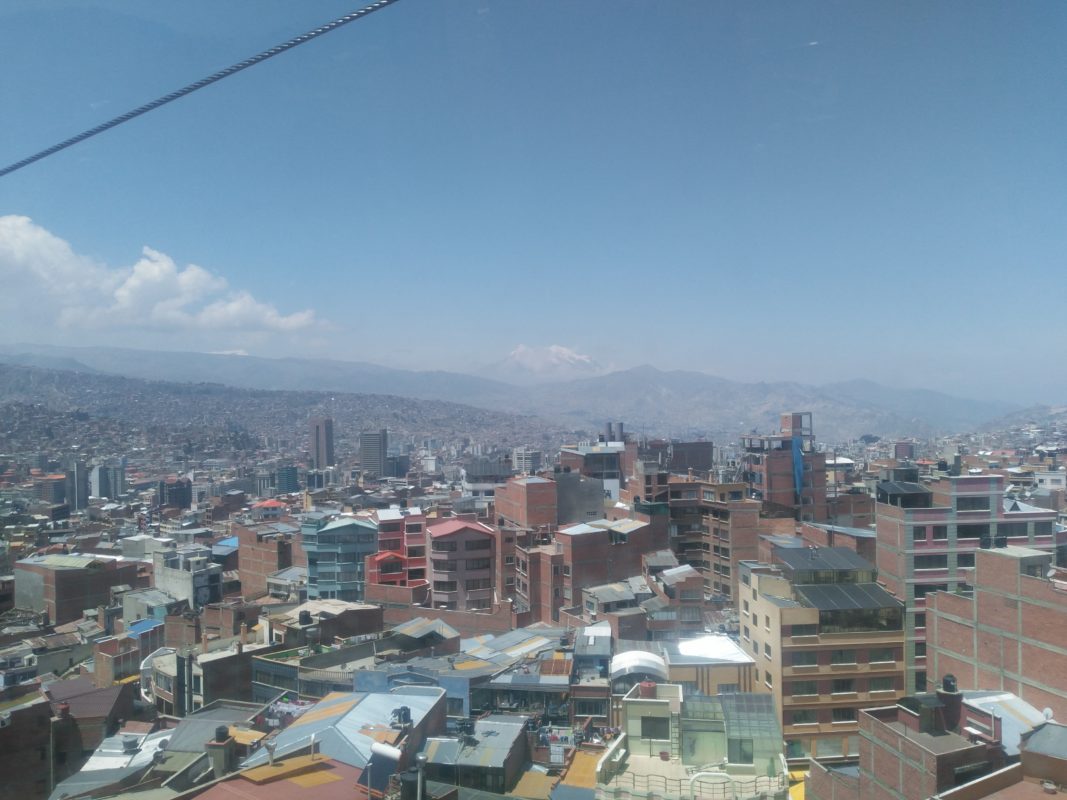 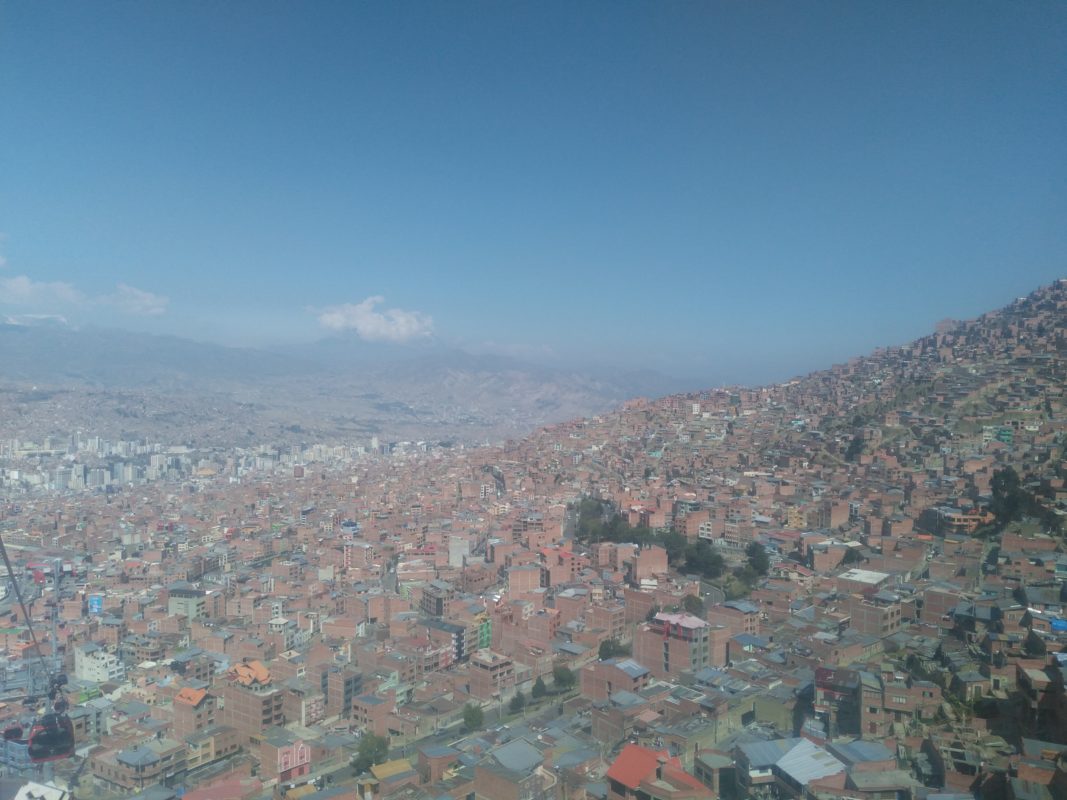 On Friday I cycled the (in)famous Death Road. I went with a travel agency instead of taking my own bike, since my bike is not really suitable for this kind of downhill riding and this is much easier in terms of organisation. In hindsight I’m very happy with this decision. Again I didn’t bring my camera because it would be unwieldy on the bike.

The day started in the clouds at a reduced altitude of 4400m (instead of 4700m due to the low clouds), where we received breakfast and suited up for the ride. Then we quickly descended out of the clouds on the new paved road that replaces the old Death Road. After some 15 kilometers we loaded the bikes on the bus again and drove to the start of the “official” Death Road. Then we rode the 32 kilometers of unpaved road hanging on the side of a mountain and often with a drop of several hundred meters to your left. To make things more fun you’re supposed to ride on the left here. Still, the ride never felt unsafe and was great fun. 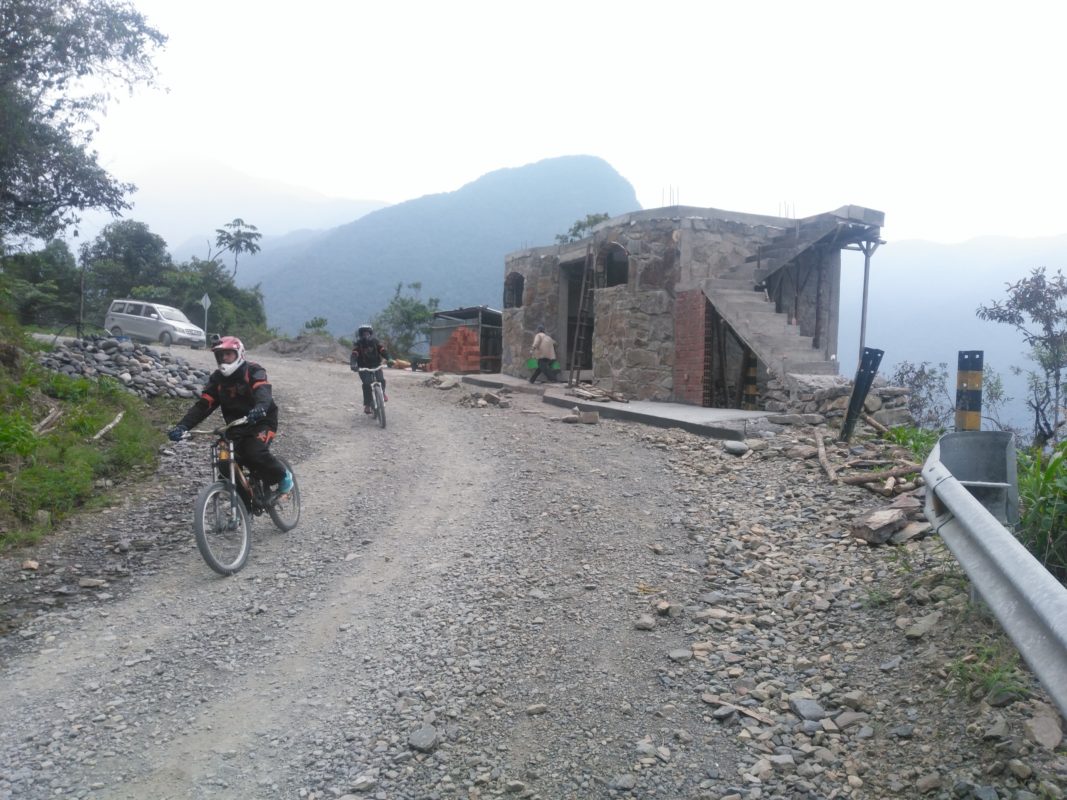 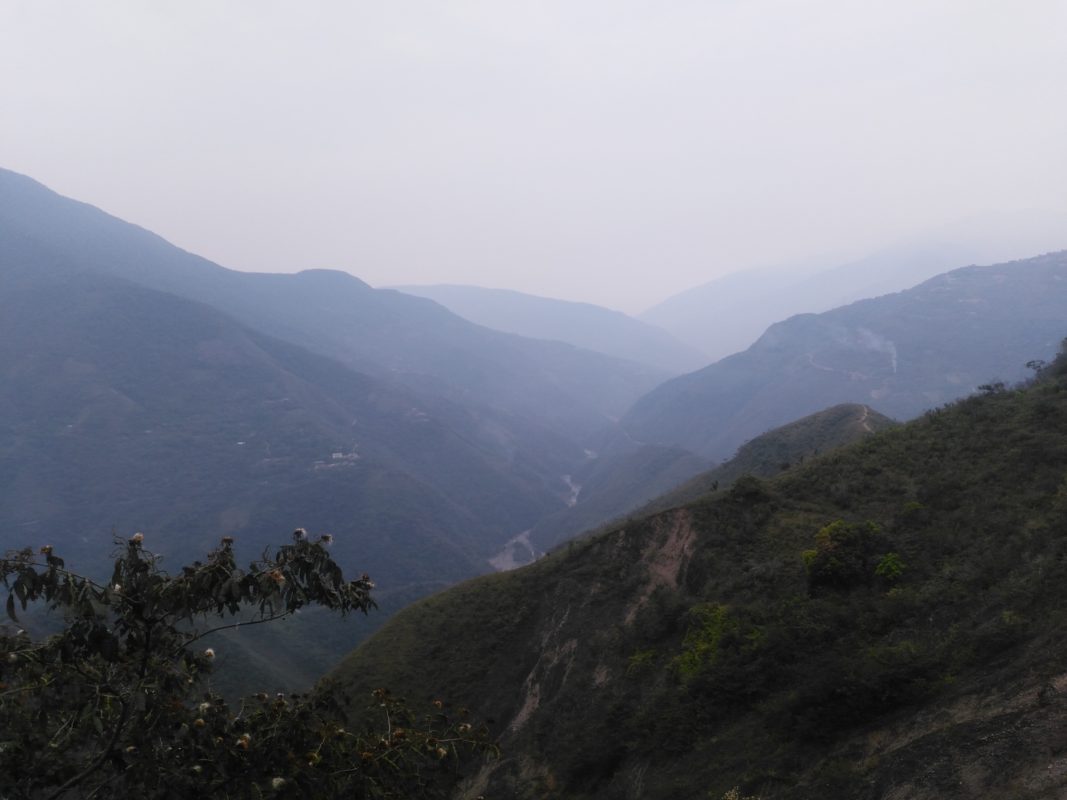 Saturday I had to get ready for my departure on Sunday. I fixed the last things on the bike, got my clothes laundered and bought food for on the road. Otherwise I took it easy, since I wasn’t feeling that great.

On Sunday I walked my bike to the La Paz bus terminal and after a few failed attempts I found a bus that would accept my bicycle for a ride to the nearby town of Patacamaya. This way I avoid a difficult uphill ride in the busy and crazy La Paz traffic. I’m writing this post on the bus and I expect to get off around noon, so I can start cycling after lunch.